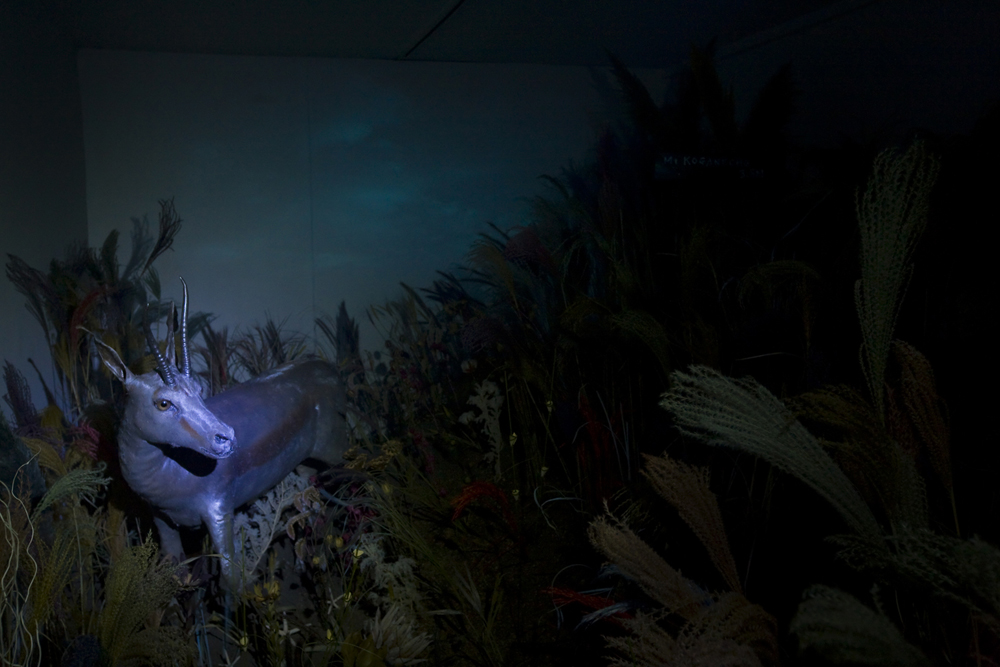 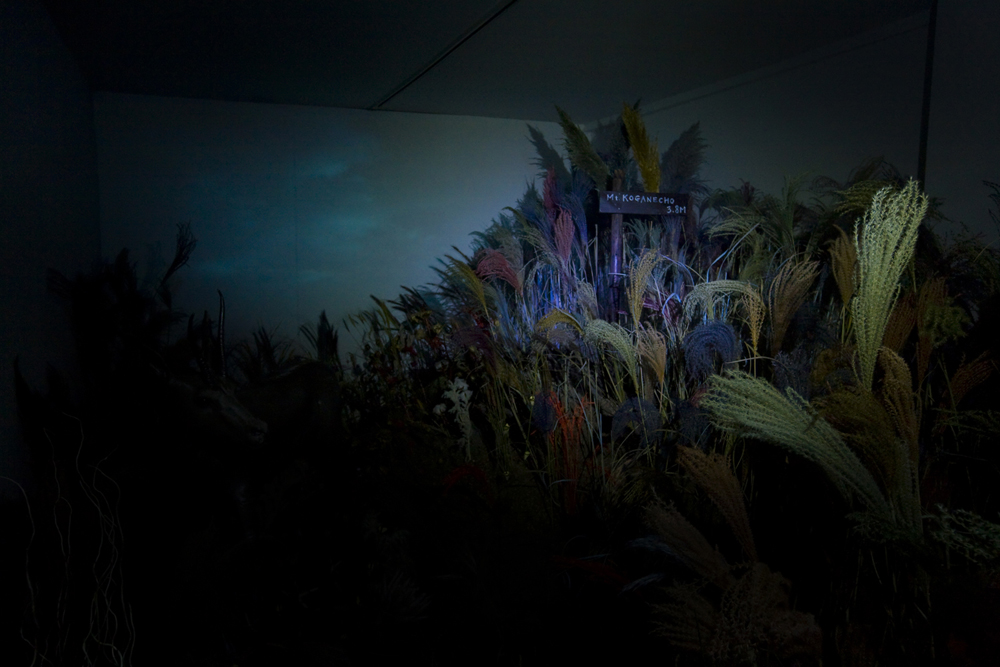 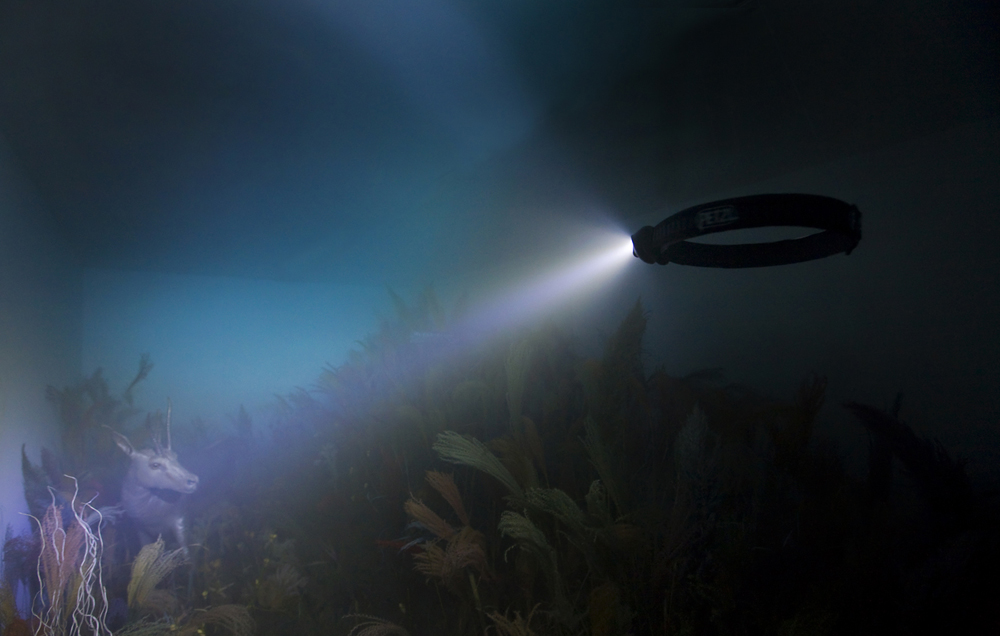 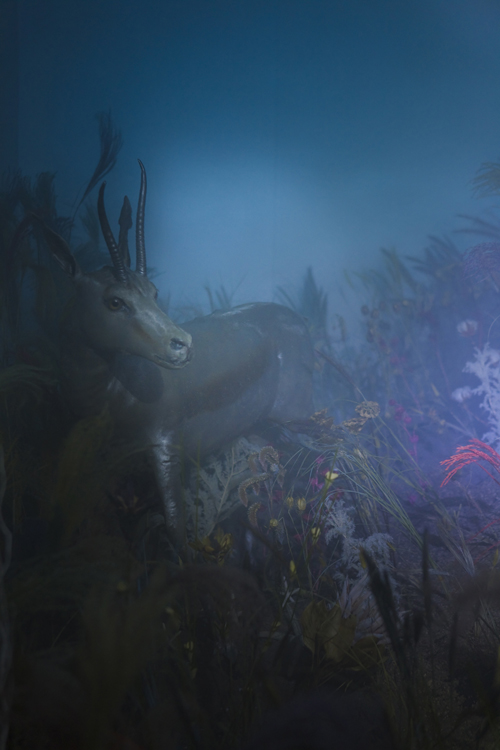 mountaintop entrance, a dream after 10 days

I exhibited this work in a small space that used to function as a brothel a long time ago. The small space was filled with a mountain, colorful dyed plants appeared shaking in the wind and a metallic-colored animal gazed at the viewer. One cannot see the details of the space clearly as there is much fog in the air, as if we are in the shadows of the dark mountain. A headlamp turns slowly overhead focusing on the scenery like a searchlight and allowing only the area falling under its spotlight into focus. A video projected on the background of the space depicts monochrome clouds slowly moving by. The installation has no additional sounds, but we can hear the rustling of the plants from the wind (fan).
This installation investigates and references the reconstruction of old optical equipment, such as panoramas or dioramas, through contemporary techniques and interpretations. The old optical equipment used historically was primitive and unskillful, so a variety of methods were employed to try to contrive an effective space. For instance, the space is elaborated to try and bring it closer to reality through the use of effective lighting, smoke, moving components. Because the viewer sensed the space and sequence physically, it was as if there was an illusion that they could ‘experience the space as if it was real even though it did not exist.’ I think, it was as if they tried to present “another scenery,” “certainly,” before the eyes of the viewer. This was the point that led to my essential desire to represent the motion picture as an experience.
In this work I aimed to show the margins between the reality (as a brothel) and the fiction (as a mountain) competing with one another.