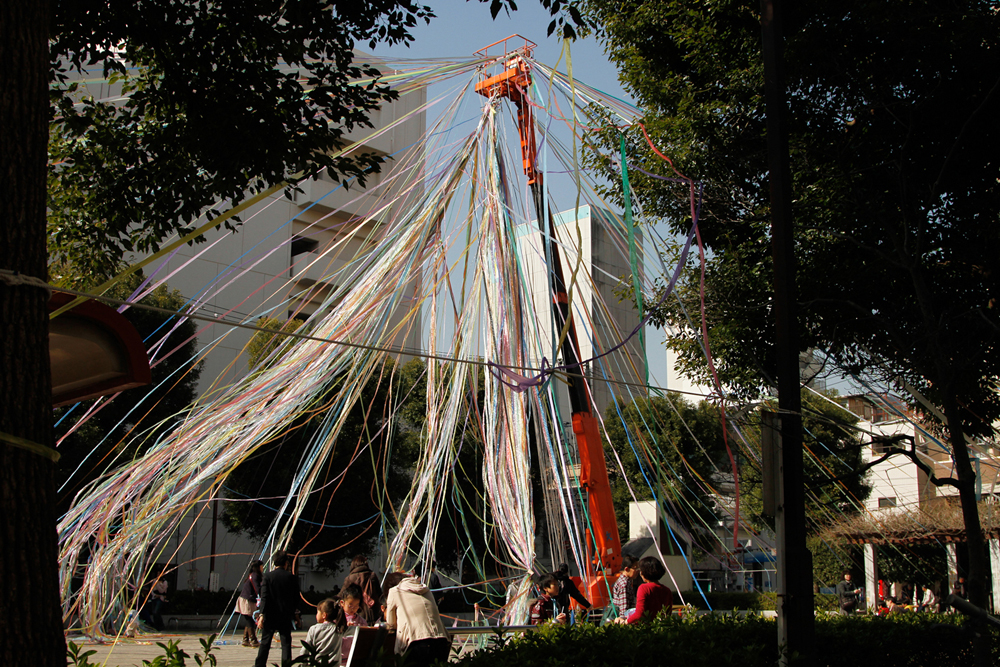 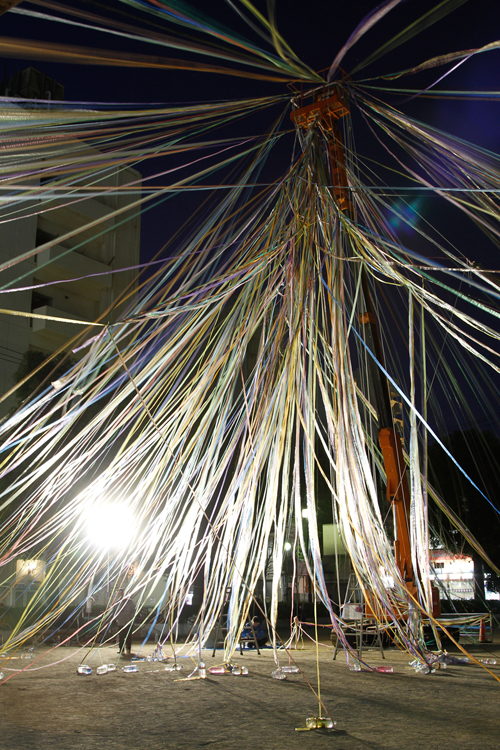 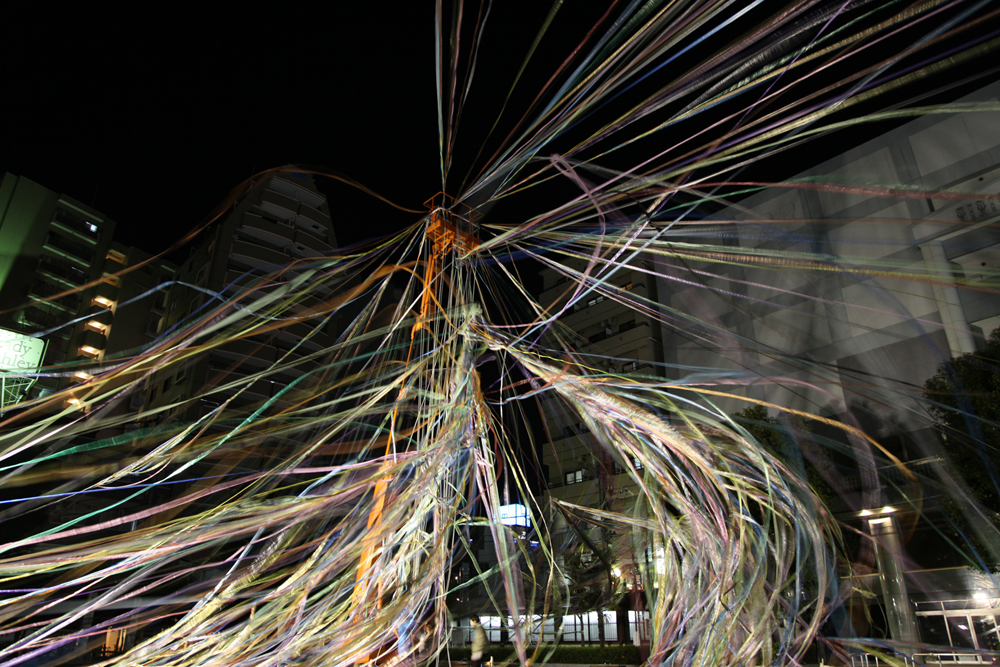 The park where this project was installed has a very strong feeling of bordered space, because high buildings and high trees surround it doubly. The open space seems to be formally built and has the feeling of a void. The atmosphere is not so good and I rarely see children playing there. I had the simple idea that I wanted to plant a big tree in the center of the space. In Japanese rituals, we place a high pole in the center of a place in order to gather energy. I applied this idea to my work because I couldn’t plant a big tree temporarily. Then, I used a lift (12 meters high) instead of a tree and attached colorful tapes to the lift that covered the park with color. Through a workshop with children, we tied the ends of the tapes to places all over the park such as benches, fences and to the playground equipment. Many of the tapes swung in the wind reflecting the light and creating a rustling sound. It was as if we were inside a big wriggling creature instead of a park that couldn’t move.