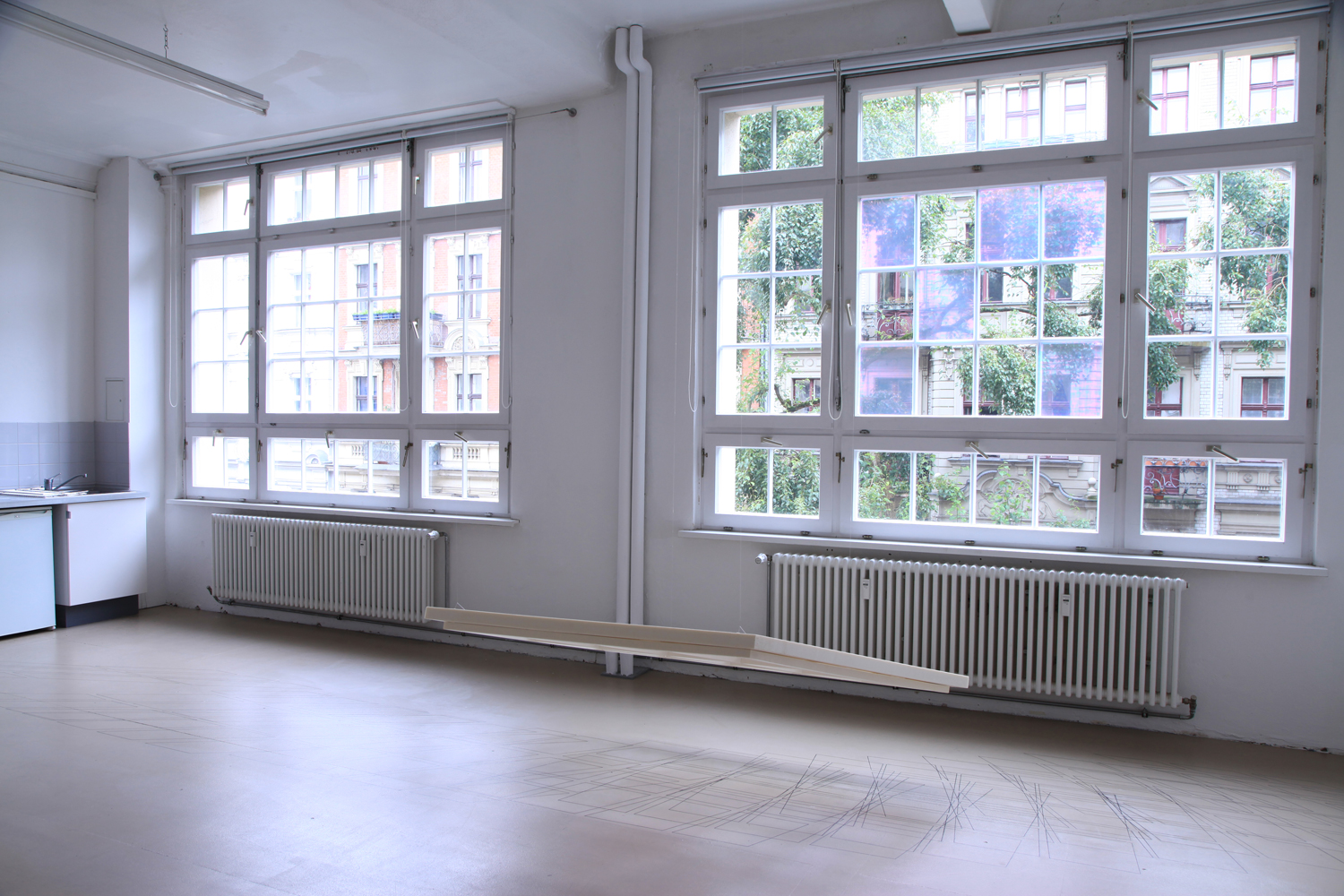 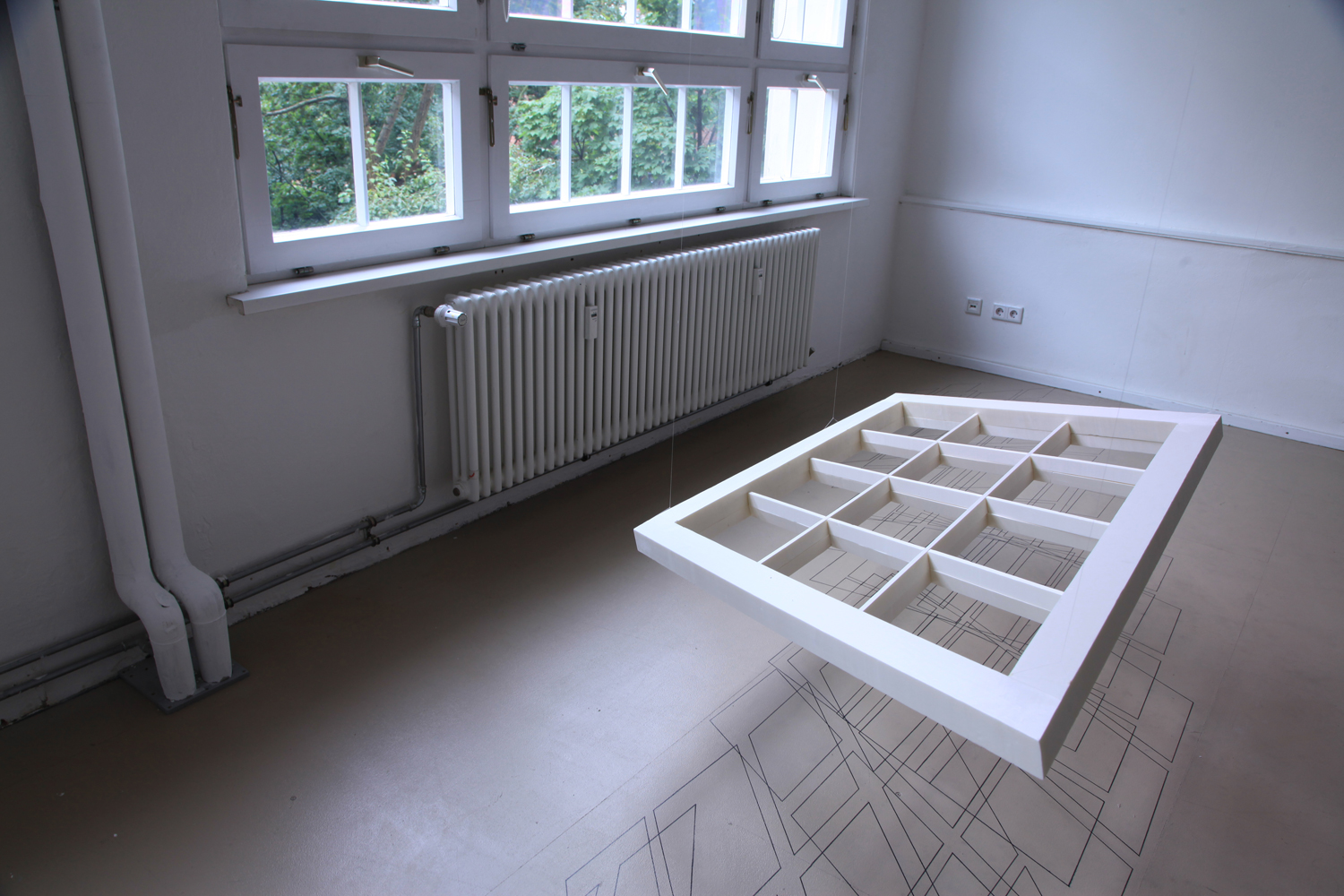 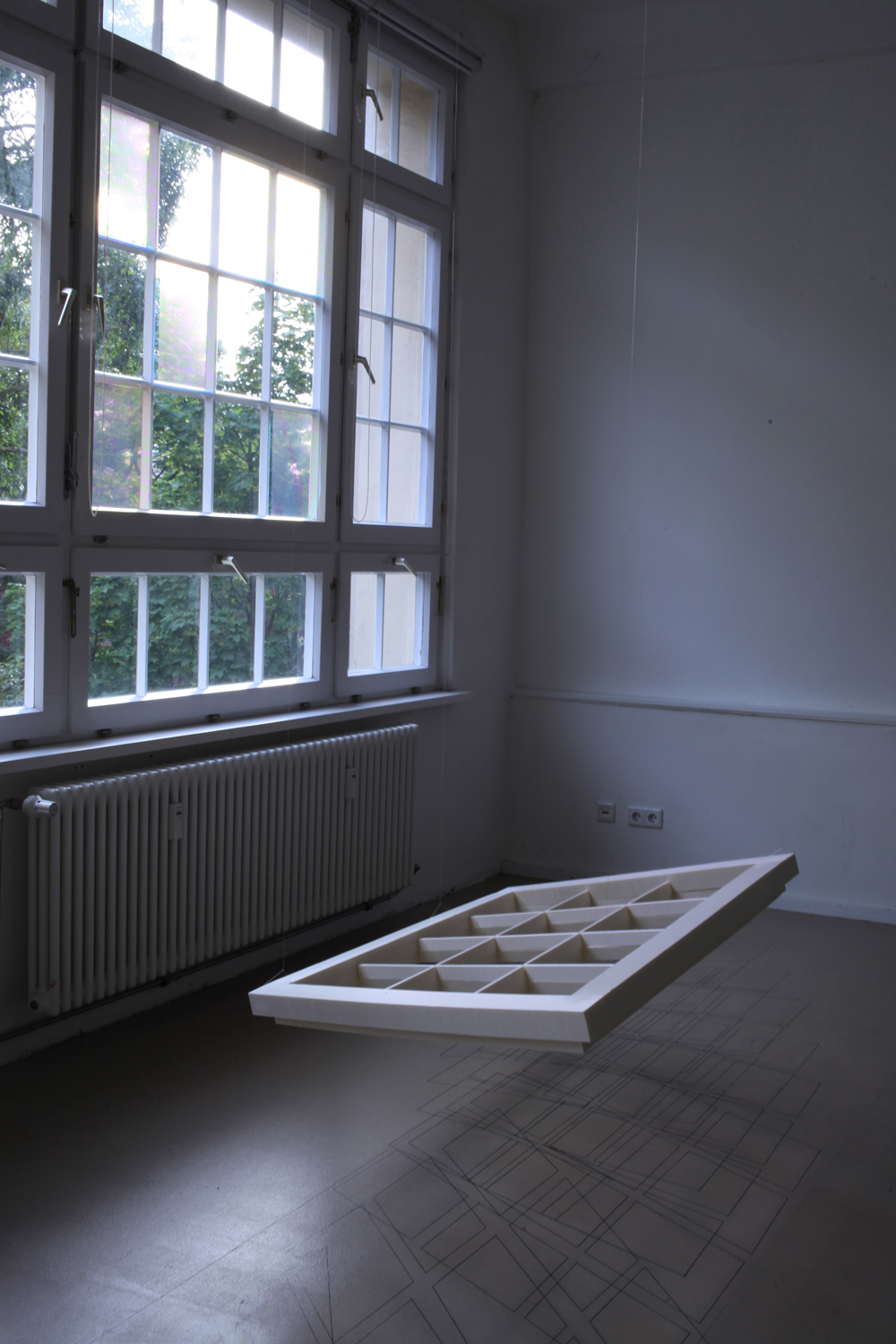 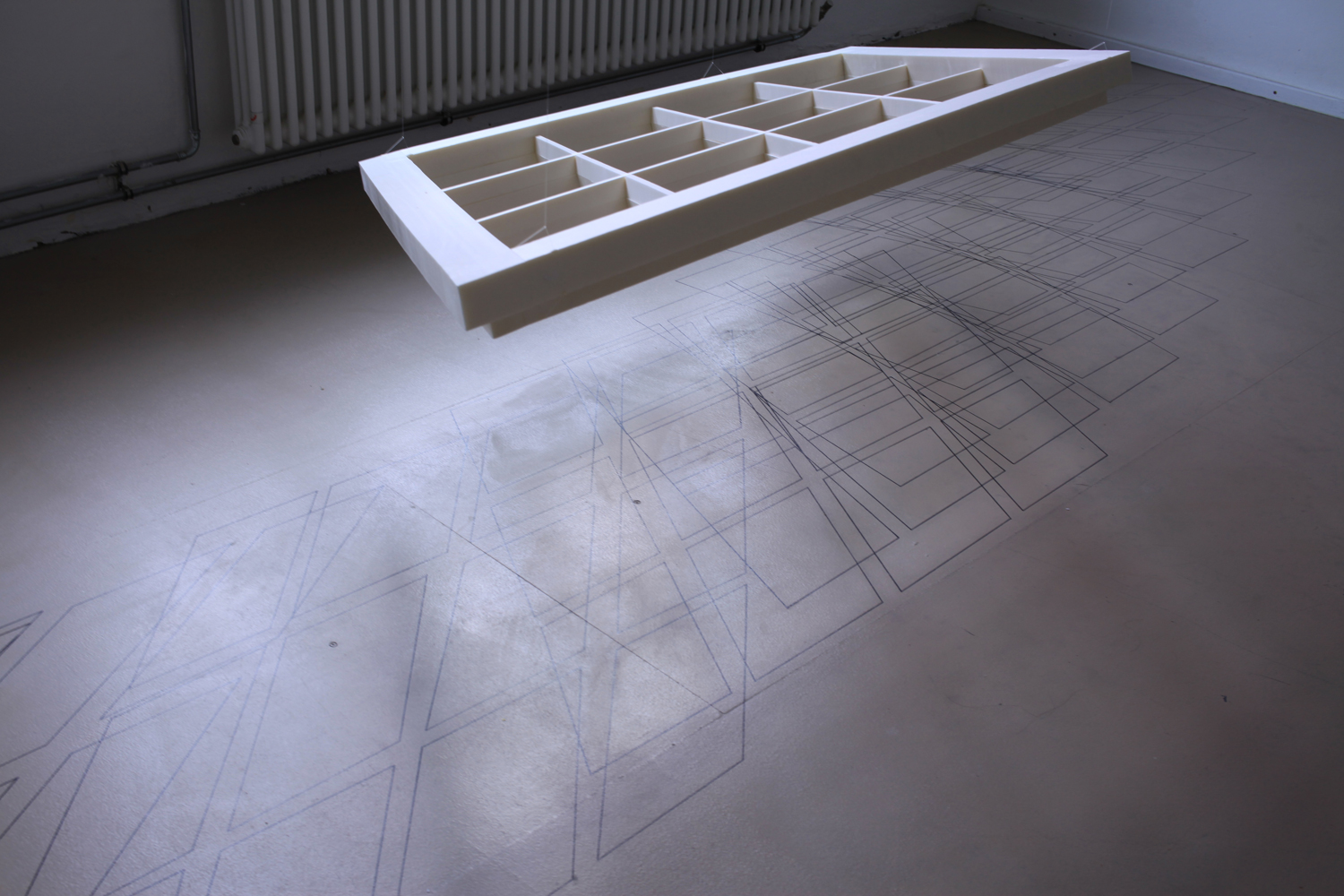 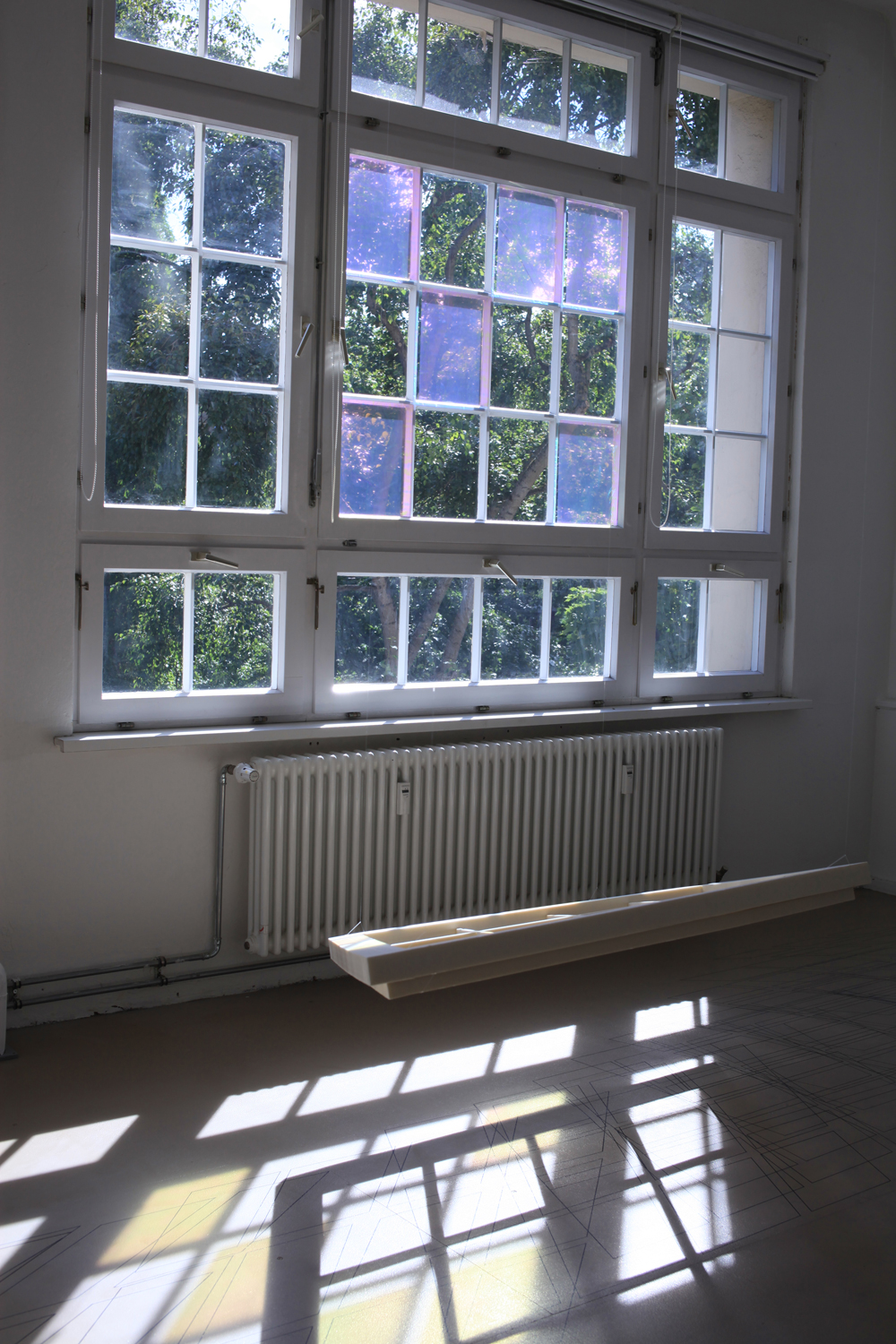 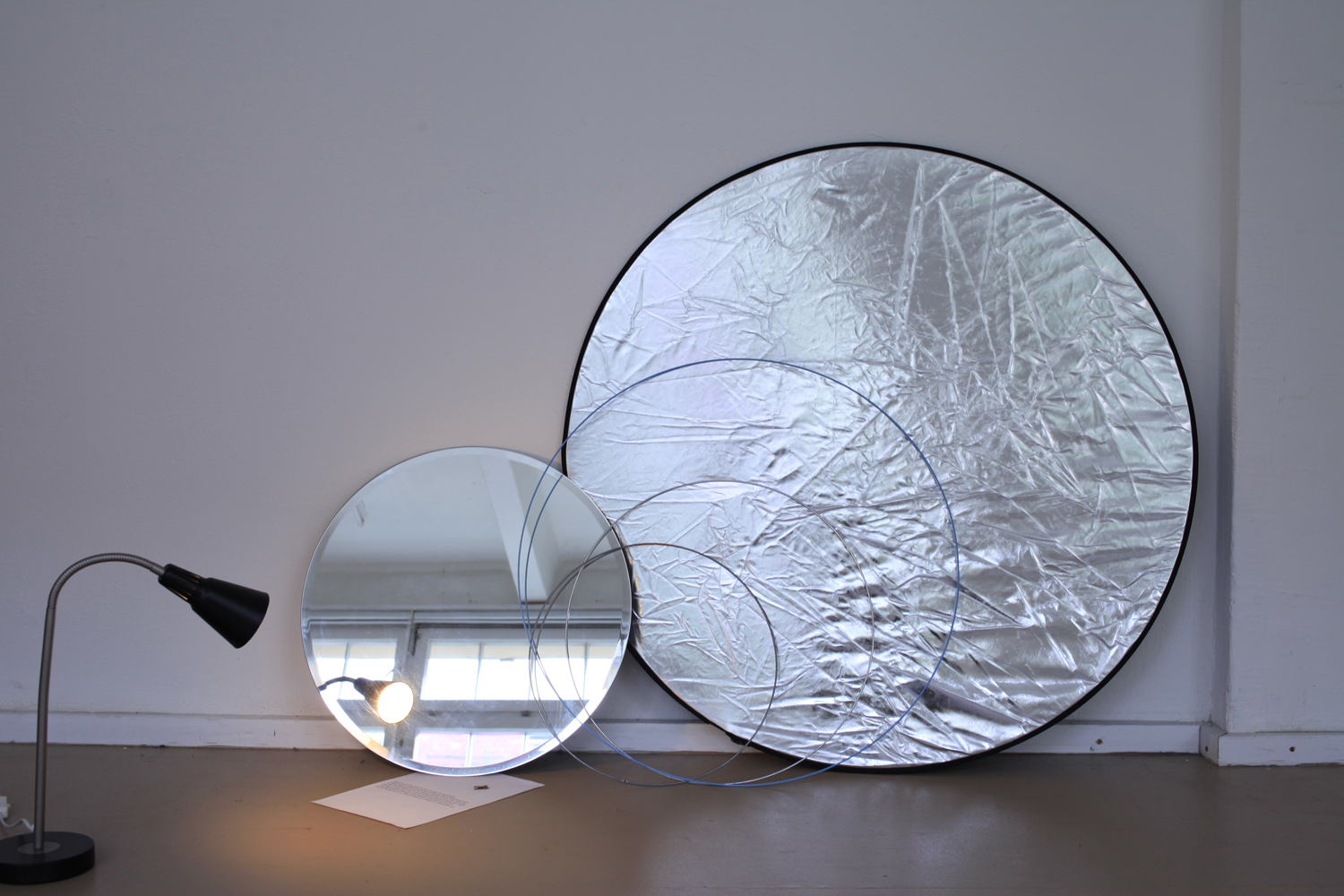 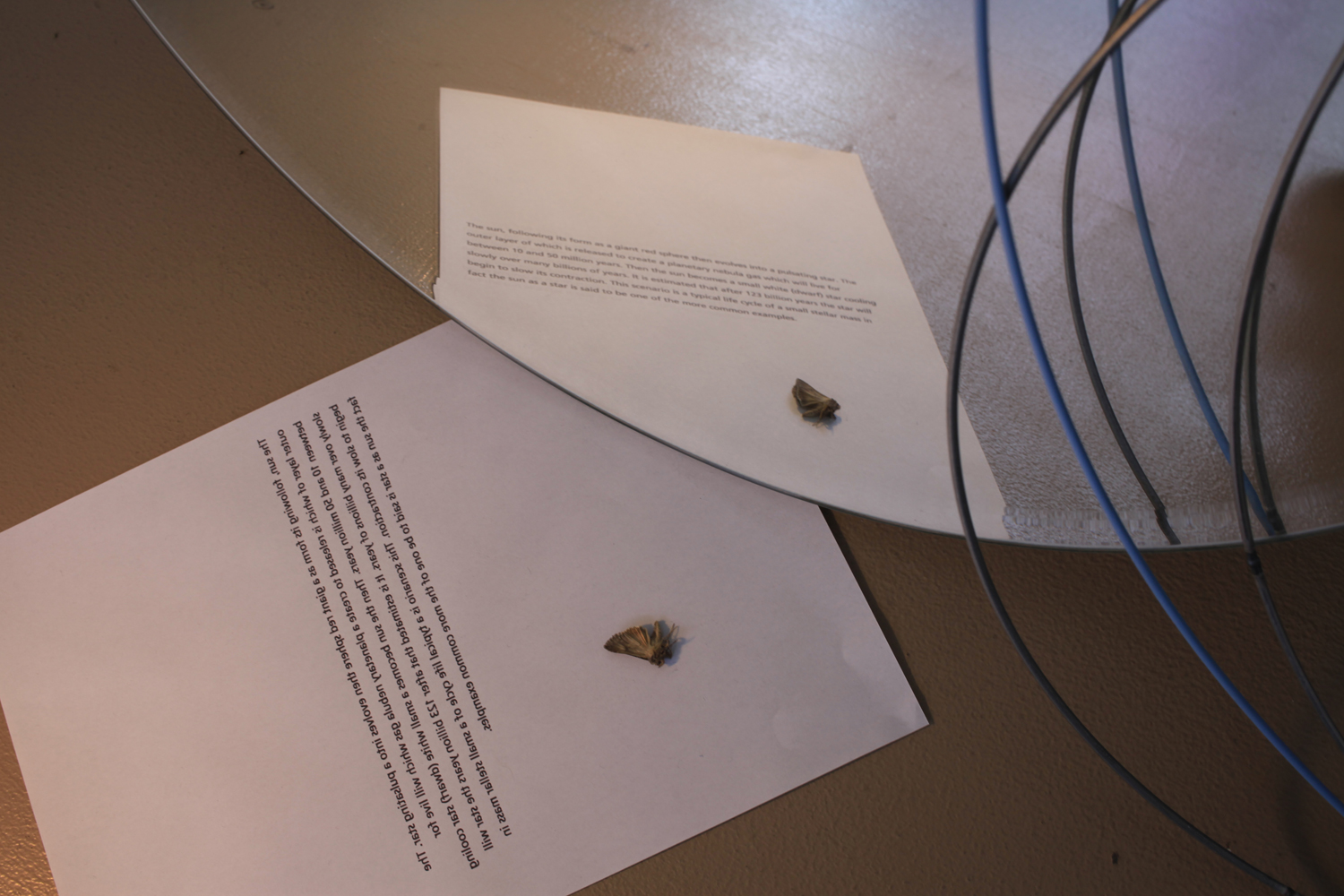 I sometimes traced the shape of sunlight from the window on the paper. I drew whole light from the window in every 30mins. In this work, I picked up one of the window and its moving for one day, drew them on the floor. Then I made an object which has shape of the light between the window and the floor. On the other side of the window, I made objects about the life of sun. I quoted the texts from wikipedia that is mirror-written would be read correctly in the mirror.
The text is:
"The sun,following its form as a giant red sphere then evolves into a pulsating star. The outer layer of which is released to create a planetary nebula gas which will live for between 10 and 50 million years. Then the sun becomes a small white(dwarf) star cooling slowly over many billion of years. It is estimated that after 123 billion years the star will begin to slow its contraction. This scenario is a typical life cycle of a small stellar mass in fact the sun as a star is said to be one of the more ordinal examples.